This article was first published in Fortune.  It is co-authored by Ezekiel J. Emanuel and Bob Kocher.

With the right medical malpractice reforms, physicians can reinforce high quality care and provide cover for those who don’t want to prescribe antibiotics for every sore throat.

There is a lot of jockeying ahead of the Supreme Court’s decision on the Affordable Care Act. Beyond posturing and heated rhetoric, there is a health care issue the two parties can work together on rather than blame each other: medical malpractice.

It is clear there is support for reform. Republicans have long argued for reform. President Obama has been a consistent advocate for it. In 2006, he co-authored an article in the New England Journal of Medicine with Hilary Clinton and introduced legislation on the matter, and he launched several demonstration projects for reform. And doctors desperately want it and remain befuddled and upset about why malpractice reform never made it into the Affordable Care Act. So there is ground for optimism.

And we desperately need reform. By every metric, the malpractice system is dysfunctional. For many physicians in high-risk specialties, such as cardiac and neuro-surgery, no matter what they do there is essentially a 100% chance they will be sued at some point during their career. Even so-called low-risk specialties, such as family medicine and dermatology, the chances of being sued are over 70%. While over the past 7 years, the actual number of malpractice claims paid, the amounts paid out, and premiums have held steady or declined, doctors still feel traumatized by the malpractice threat.

The malpractice system also doesn’t work for patients. Many patients who are actually harmed never get compensated. Or if they do, the claim resolution essentially takes forever and damage awards are haphazard and uncorrelated to actual harm. Finally, the malpractice system does not seem to encourage better care — or at least does not disincentivize poor quality care.

But let’s also be clear, despite physicians’ fervent beliefs, the data indicate medical malpractice reform is no panacea. The best studies that examine the effects on practices and medical costs of reform at the state level suggest the savings from reform alone are likely to be very modest, even minimal. Overall, according to the Congressional Budget Office’s summary of the data, under the best scenario, malpractice reform alone might reduce total health care costs by approximately 0.5%, or $15 billion.

Nevertheless, there are good reasons to enact malpractice reform. One is physicians’ psychology. Removing this albatross will make them open to hearing about other more impactful changes like the need to scale back no- or low-value interventions. Second, if done properly, malpractice reform could reinforce higher quality care. It can encourage transparency that makes it easier to identify systematic problems in care delivery. It can also encourage adherence to quality guidelines. In this sense, malpractice reform not only removes an obstacle but reinforces the efforts to improve care delivery.

Of course, like many other issues where there appears to be common ground, such as corporate taxes, there are myriad ways to ensure nothing happens. Each party could dig in its heels about its favorite approach to reform and fail to compromise.

Some Republicans have favored caps on damages, shortening statute of limitations, and eliminating joint-and several liability so that each defendant’s financial responsibility is limited to the degree they are at fault. These reforms seem to reduce the number and pay-out of suits. But they neither compensate patients who have been harmed by negligence nor incentivize good medical practices. And 30 states have adopted some version of these reforms without any noticeable improvement in quality or reduction in defensive medicine and health care expenditures.

In the past, President Obama has stated that he opposes such caps as unfairly targeting those who have been hurt. Instead, he has supported a “disclosure, apology and compensation” approach in which providers disclose mistakes, apologize, and offer standardized compensation. Pioneers in this approach, such as the University of Michigan and Stanford, have reported substantial reductions in numbers of malpractice suits and premiums.

Another potential common ground policy is called “safe harbors.” The idea is that physicians would have a presumption of innocence—a safe harbor— if they adopted electronic health records with decision supports and adhered to established professional society guidelines for the care of the patient. They could deviate from the guidelines if they could show why they did not apply in a particular patient’s case. This innocence could be rebutted if they were shown not to have actually followed the guidelines in the care of the patient or mis-classified the patient using the wrong treatment approach. The safe harbors idea reinforces high quality care and provides cover for physicians who don’t want to order MRI’s for every headache or back pain and prescribe antibiotics for every sore throat.

There are other potential reforms that could serve as common ground between Republicans and Democrats. For instance, Oregon recently adopted a state mediation initiative and others recommend specialized health courts. We prefer safe harbors.

Better yet, Congress could find compromise without even choosing the preferred policy. As a matter of law, malpractice is controlled by states. The federal government can’t actually rewrite malpractice laws. Thus, the best compromise might be for the federal government to provide an incentive for states to implement something from a menu of reforms.

No matter how it’s done, reforming our broken medical malpractice system would mark an important step in “fixing” the ACA. More importantly, it would be a victory for bipartisanship and demonstrate that the federal government can actually help solve problems. 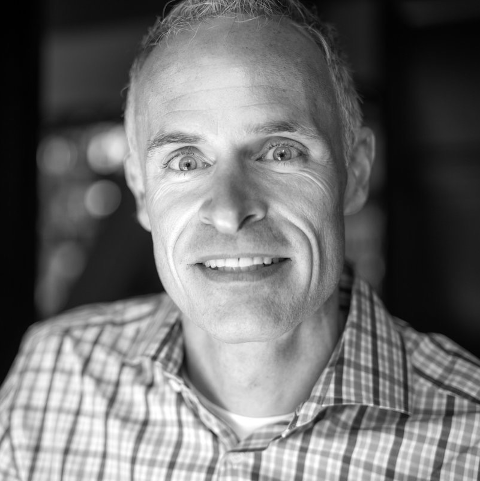 About Bob
Venrock, Stanford, and Castlight to accelerate change in the health system! Two girls, Cindy and an EPIC pass!